Yuzvendra Chahal is not just a common name today, but the inspiration for the young generation. One of the finest players in the Indian cricket team made his debut at the age of 19 and left Chess. Yes, Yuzvendra Chahal was a Chess player before he turned to cricket. Today he is the Indian bowler with 62 wickets in T20 cricket. Yuzvendra Chahal has played 56 ODIs and 48 T20Is for Team India so far. He did not get a chance to debut in the Test. The attacking leg spinner is celebrating his 31st birthday on July 23, 2022. Let’s find out the 5 unknown facts about Chahal.

Yuzvendra Chahal wanted to make his career in chess. For this, he needed about 50 lakh rupees. Yuzvendra Chahal’s financial condition was not very good. In this way, he looked for a sponsor for himself but found none. In such a situation, Chahal left chess and took up cricket as a career. Yuzvendra Chahal plays this chess as an amateur. 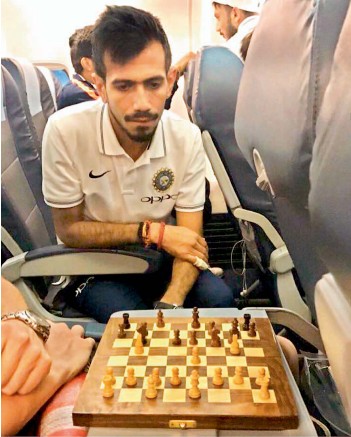 In 2009, Yuzvendra Chahal first came into the limelight. Then he took the highest wicket of 34 in the domestic tournament Under-19 Kooch Bihar Trophy. 2009 was the first year of Yuzvendra Chahal’s cricket career. After 6 years i.e. in 2016, he was selected in Team India to tour Zimbabwe. During this time he made his debut in ODIs and T20Is. Today even after 5 years Chahal is looking for a chance to debut in Tests.

Yuzvendra Chahal is also the first leg spinner in the world to take 5 or more wickets in a T20 match. He is the first Indian bowler overall. Yuzvendra Chahal achieved this feat on 1 February 2017 in a match against England. Chahal took 6 wickets for 25 runs.

We wish all the luck to Chahal on his special day when he arrived on the planet and we got such a wonderful player. May all his dreams come true.